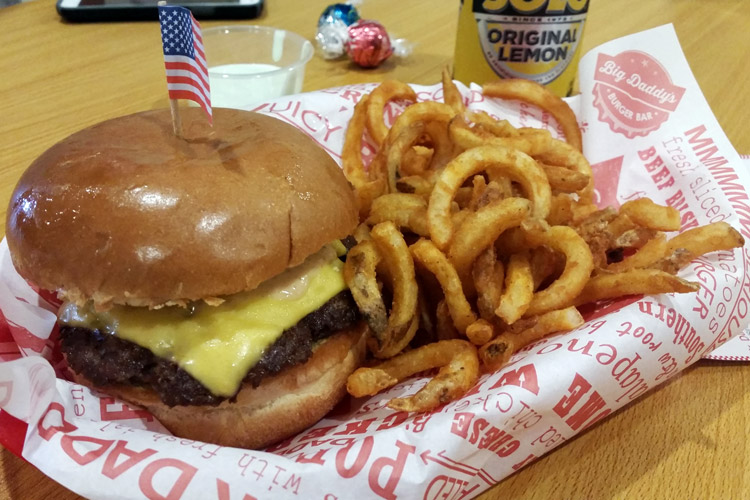 Another burger joint has opened on Kings Street replacing the Citrus Expresso Bar just opposite Moo Burger. The interior has a number of Murica artefacts ranging from John Wayne posters to comic book covers. The front menu board is inspired by the US Five Guys stores.

The menu consisted of American dinner items like burgers, onion rings, fried chicken, hot dogs and milkshakes that are well-priced. 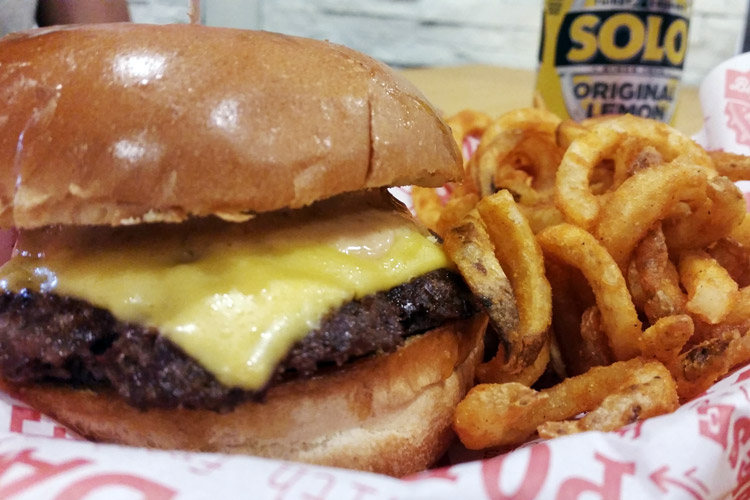 Don’t let the photo fool you, the burger frankly sucked. It was made up of a pattie with cheese and sauce on brioche type buns.

All Big D’s fresh beef patties are cooked medium (pink in the middle) unless otherwise requested. 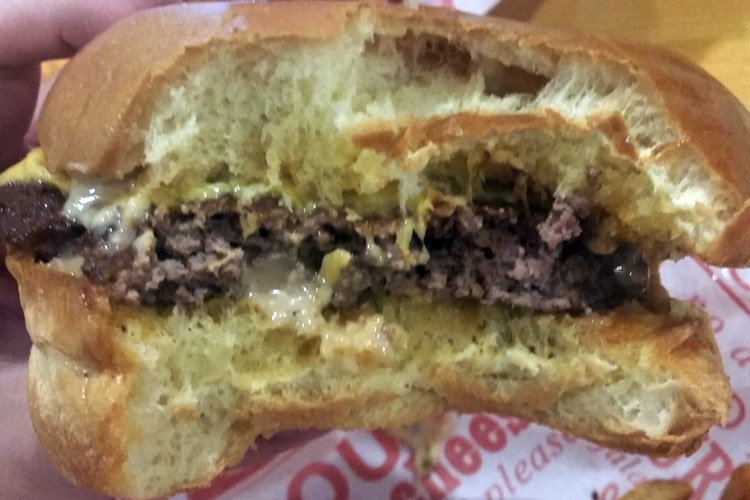 Far from that that promise, the pattie was overcooked. That wasn’t the worst of the issues. The beef tasted metallic with limited flavour or texture. This indicates cheaper meat sources or old beef.  I could not finish it and I noticed that the table next to me ate one quarter of a double burger (Big Daddy) and left. One was overcooked and the other was under, in the same burger.

I’ll take a maccas Grand Angus over this any day. 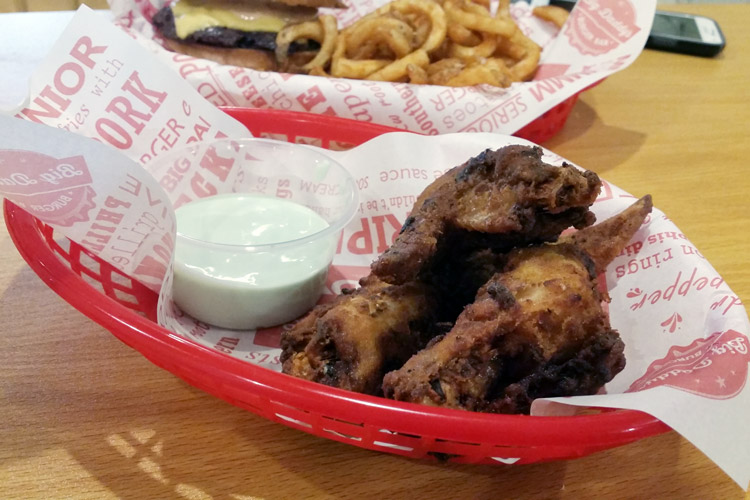 The fried chicken was average similar to what you would find in any pub. Big Daddy’s is generous with his blue cheese sauce which did make the chicken taste better. The skin was thin and inconsistent.

The only edible food was the curly fries.

Big Daddy’s is among the cheapest American feeds out there. Do you get what you pay for? Yes for the chicken, it is of reasonable value. No for the burger, even at $9. The meat tasted cheap and the burger just didn’t work.

It might be due to teething issues but with the competition around and the recent high calibre of burgers in Sydney, you just have one shot. I would not recommend this place. If you do go, make sure you lower your expectations.