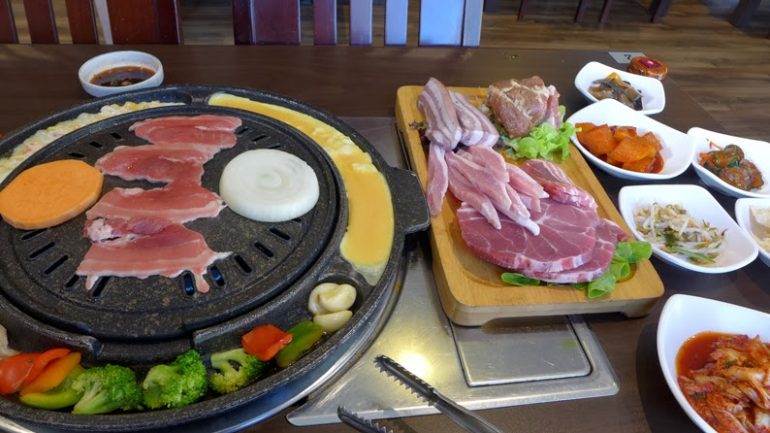 Looks can be deceiving, the street entrance is just a tiny lobby to an old lift but once you’re on the restaurant floor its pretty spacious. Seoul Ria’s layout offered ample space to walk around, no backrest to backrest situations happening over here.
Ambience is cool with K-pop music videos attempting to make the vibe more Korean! I can’t tell since I’ve never been but all the waiters look Korean so this is as close as it gets. They are pretty friendly unlike Chinese restaurants. 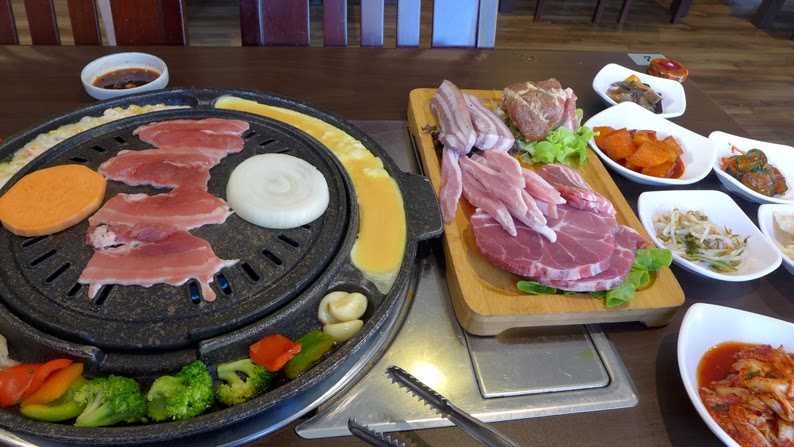 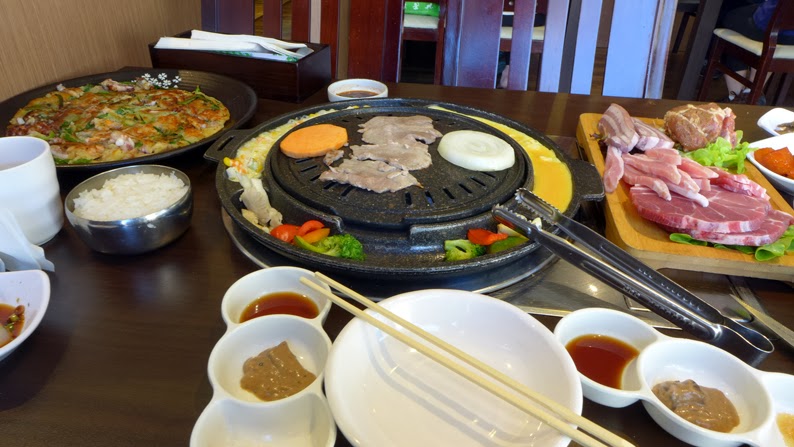 We ordered the pork BBQ set and a seafood pancake. Wow it was pork overload, various cuts of pork hmm so good though, although most of them were seasoned with Korean based sauces and the one with Soju that might not be to everyone’s taste. The servers are really attentive, either they really care about the customer or just are afraid that you set the place on fire. We can give them the benefit of the doubt. On top of that, they have the buzzer waiter summoning system although there was always someone checking on us for the BBQ, helping us cut up the meat or flipping them, adjusting the heat. It was borderline intrusive but much better than the other extreme. 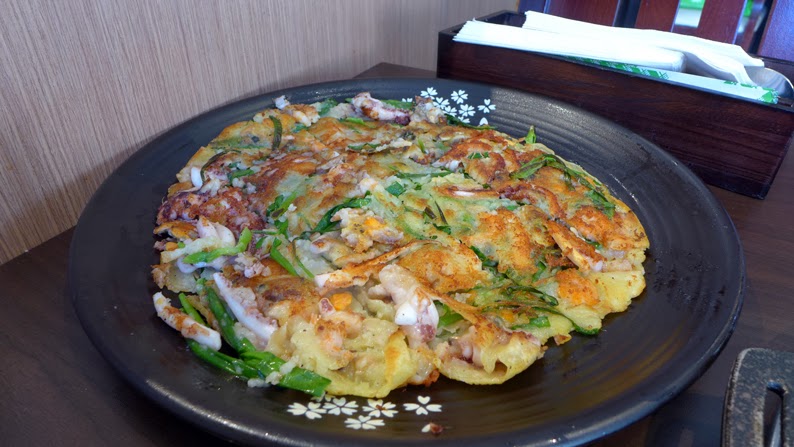 Seafood pancake was a little bland won’t be having that one again. They are very generous with the sides, and refillable as well. Too bad I’m not keen on any of them. The BBQ was the best though, I’ve never seen the egg and sweet corn around the BBQ. It kind of a K-surprise! both of them go well with rice and of course the cooked pork. The sides cook much slower making the egg become a different texture each time you dish out. Careful not to leave them in there too long, they might dry out or burn.

I don’t eat Korean food much but have to say the service here is spectacular. This means that this is a good place to try out Korean BBQ as you will not be left stranded and hungry. The BBQ is self-cooked so you can cook it to taste whilst they still have other dishes on the menu too. Definitely worth another visit. Warning your clothes will be smelly after this. This setup is good for big groups as you can start eating relatively quickly compared to having single dishes each causing a kitchen nightmare. 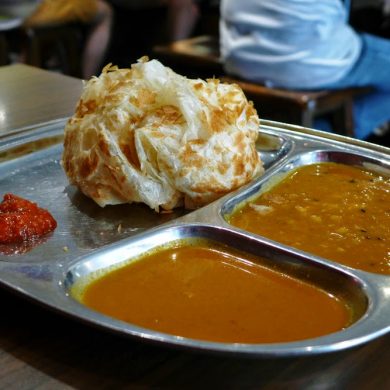