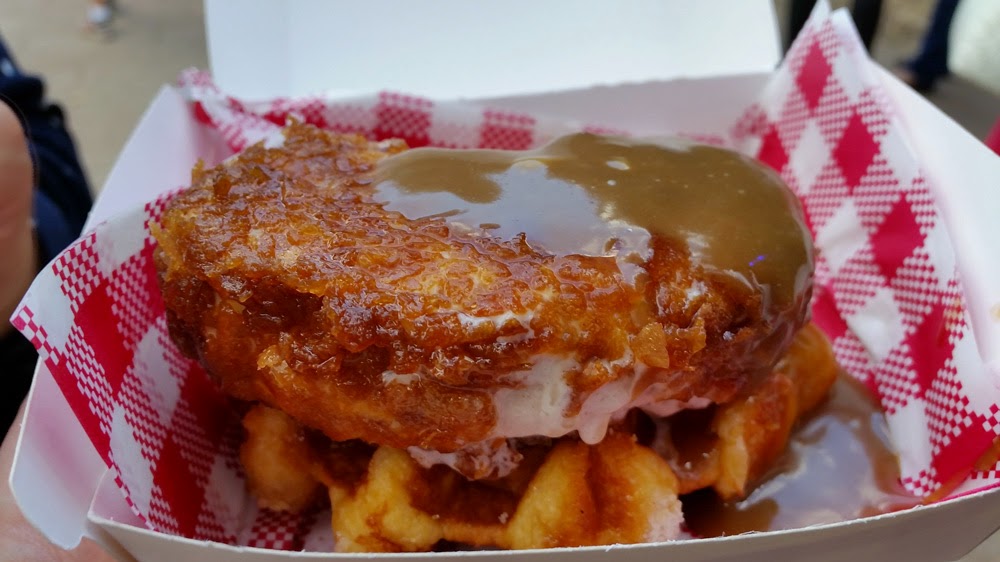 Review: Messina On The Road

I always looked forward to Messina unleashing its creativity at festivals and events. They usually make a real effort to match the theme in a quirky way as you will see below. Taste-wise the standard has gone down compared to the selection at Vivid Sydney.
NOT CHICKEN AND WAFFLES $10
Maple and pecan gelato on a tasty liege waffle covered in a whisky-caramel ‘gravy’

Very clever concept of a double diner collaboration with Porteno at the Sydney Festival 2015 at Hyde Park. Messina served two desserts that looked very savoury but were in fact desserts in disguise and next door, Porteno served the actual matching savoury item. For $10, this is a novelty play, all for show and not substance in terms of taste. The “skin” is soggy almost like a crepe that had been soaked overnight. The gelato inside was average on the Messica scale, oh the waffle was hard, nothing was made to order. Now I understand why, Messina had no queue. 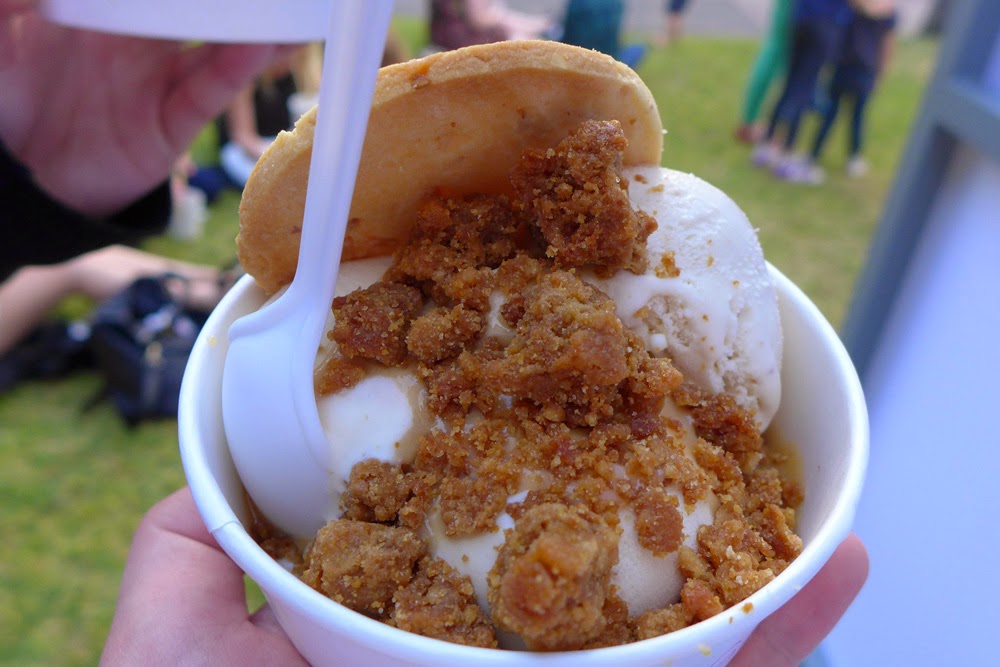 The following two desserts were at the 2014 Night Noodle Markets at Hyde Park. This is the only Messina purchase that I fully regret. The gelato was good, all of the extra bits did not add good flavour, overall those bits just made the dessert too sweet and heavy. Speaking of heavy, the cookie at the end was like a iron-submarine, impenetrable with a plastic fork. They should really have tried eating it as the customer would and they would have seen their mistake. 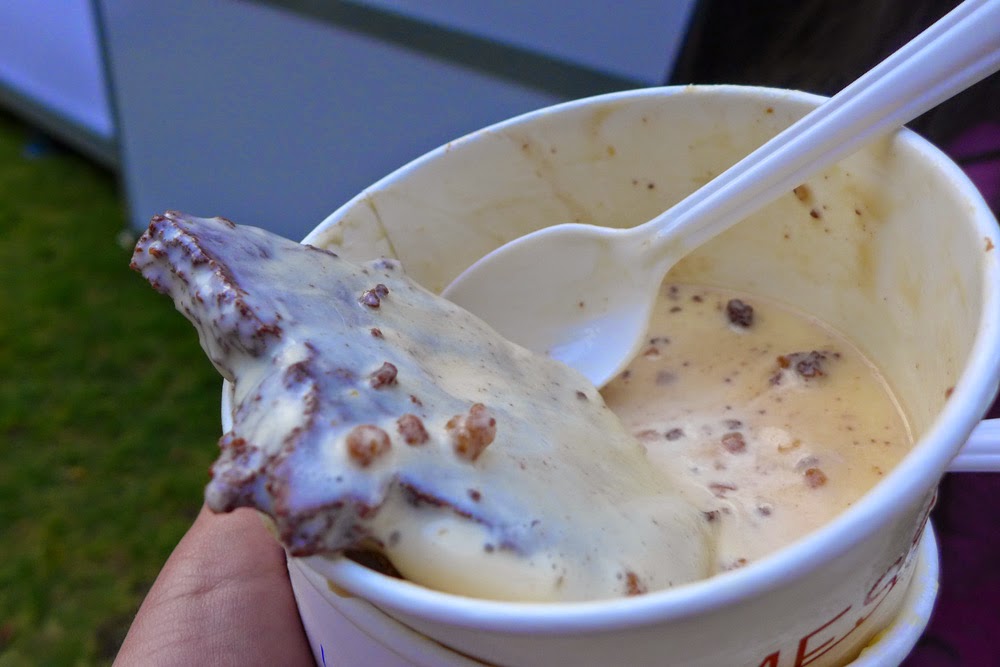 Could not finish the cookie, was too tough and eww. 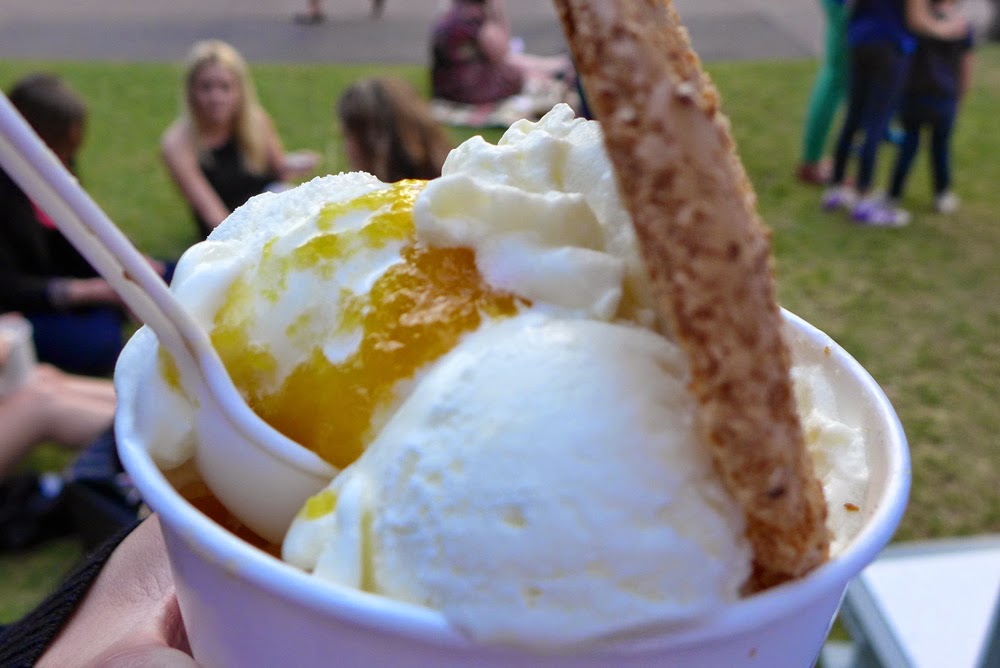 Compared to the Street Hawker, this was one that I enjoyed somewhat. Fresh flavours from the fruit and better thought-out. The best one of this review. 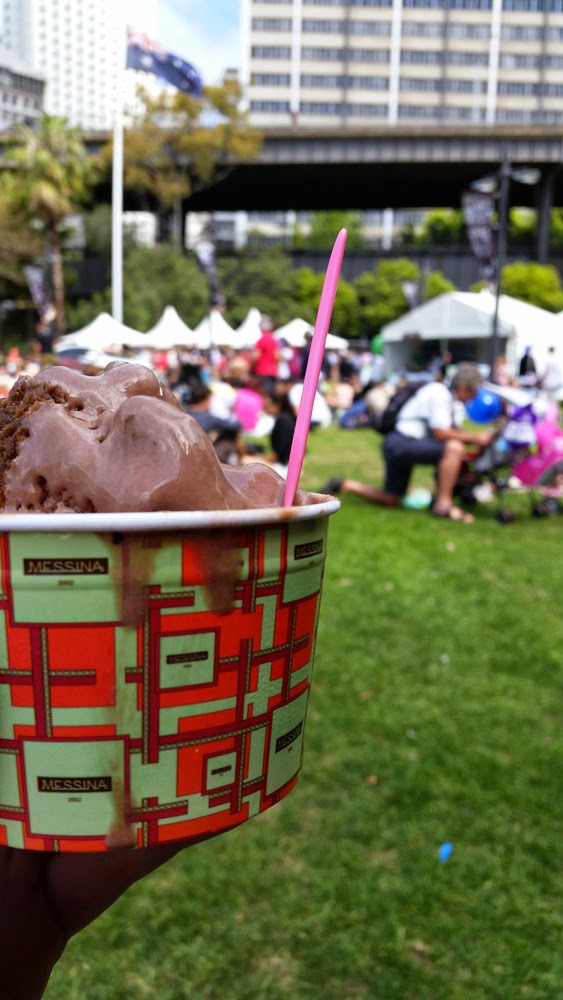 Messina were at the Festival of Chocolate at the The Rocks. Unlike their other events they offered just classic gelato 1 or 2 scoops at $5/$7. Tried four flavours that day:

All their flavours tasted great! Even if they all were chocolate inspired, they did not taste the same. My favourite one on the day was the Milk of Gods. The most disappointing thing was that the gelato was not cold enough, the photo shows how it was served, melting and within a minute most of it turned liquid despite it being just 22 degrees on the day.

As a big fan of Messina, this write up was very tough to do. Messina is letting the theatrics have priority over the taste. I will be a customer at the gelato stores but will not go out of my way to find the next Messina stall.