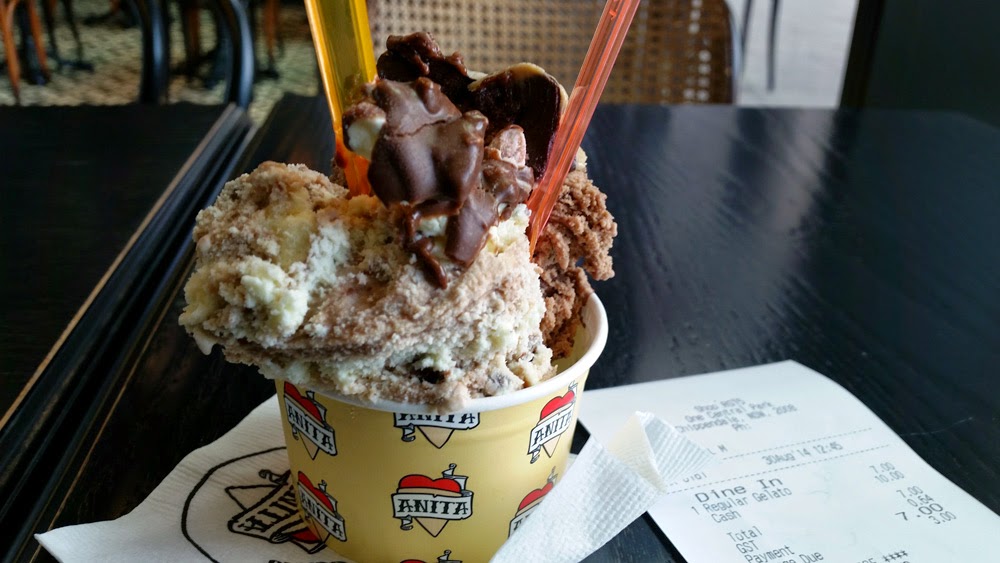 They are probably the most friendly gelato shop in Sydney and they even encouraged trials of flavours.

The flavours looked creative and they are definitely doing their own thing. The layout is very spacious and quite a nice place for a conversation which cannot be said for most gelato places.

The price hurts a little, but that’s the price of a seat I guess. Overall the gelato is not as creamy as their competition and has an icy texture and aftertaste similar to when opened ice-cream is refreezed at home. That might be to some people’s taste. The flavours were somewhat intense at first but died-down almost cleansing the palette at the end. May be that would not be a issue with sorbet-type flavours.

The gelato seems lighter but the sugar content could be deceiving. Again that icy-texture just makes the gelato taste a little diluted. Despite not being my favourite, if they are to your taste – there is great variety including coffee, froyo and dozens of gelato flavours on offer. I still want to try their souffle and their sorbets! I will give them another shot since they are so friendly and inviting and may be their style of gelato will grow on me.