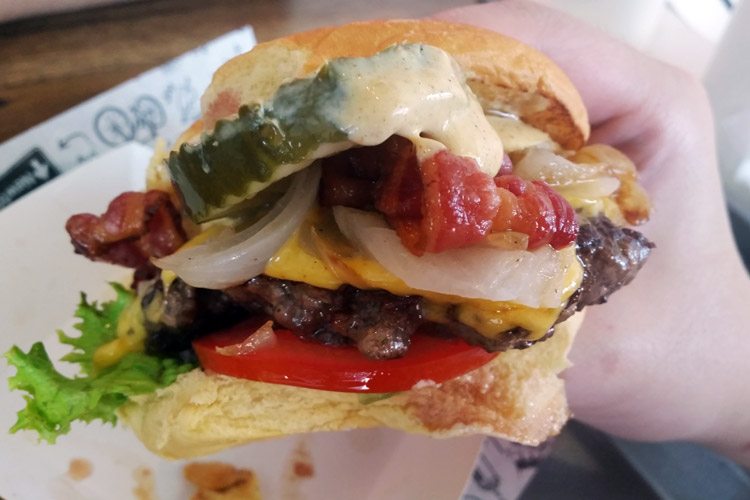 Jacks Newtown (or the media) claims to be the Shake Shack of Sydney. Why not copy an existing billion-dollar business? did they name Jacks to rhyme with Shack, apparently not it is owned by a Jack. The ingredients are sourced from fancy producers all around Sydney, read more PR blab here.

Eating in is quite uncomfortable. They went literal with the decoration with their shack colorbond inspired counter. Minimalist works sometimes but to be honest in terms of comfort, Maccas is 10x better and cleaner too. Did I mention there was no air conditioning? The food had better be extraordinary to make up for it. 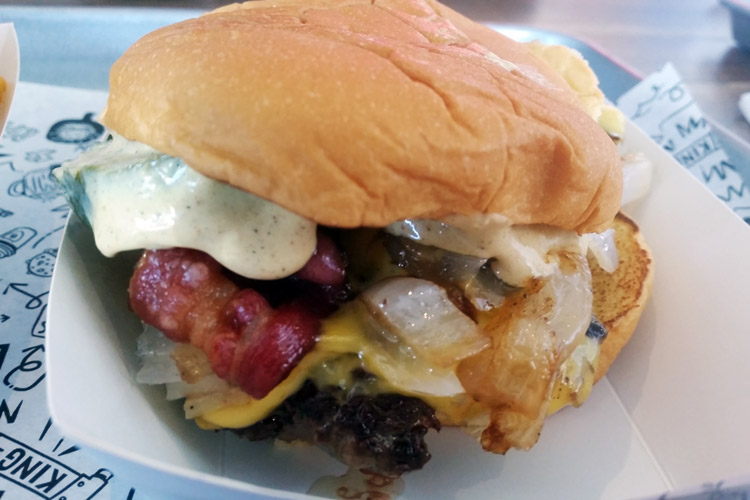 The menu was classic with no flair; including cheeseburgers, double cheese burgers, cheeseburgers with bacon and lastly a veggie burger option. Another reason to why the food better be faultless.

The burger took about 15minutes to come out even at a non-peak time. First impression is that, god this is small for $12.

The patty was served well done (no pink in sight). To be honest, it had nothing memorable overall although I did like the soft buns. In the end, I only remembered how small it was and a double wouldn’t have made it better as the patty itself was ordinary despite it being the ‘perfect’ blend. Sad to say that even the Burger Project is better than this. 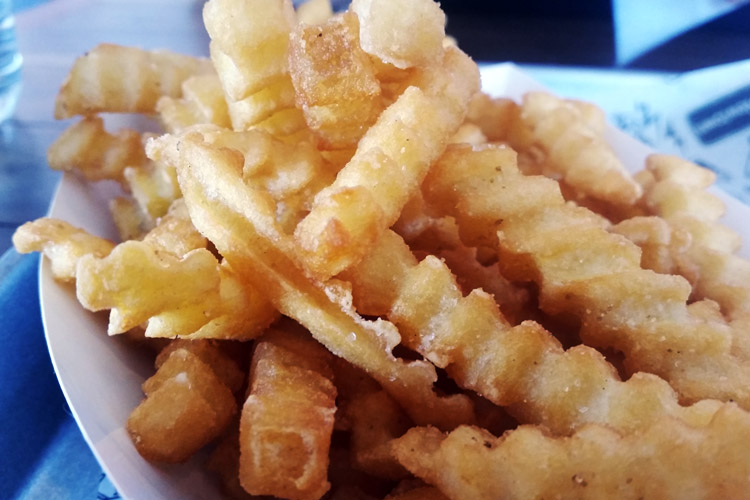 The crinkle cuts chips were fried to be very crispy. All the potato filling inside the chips was dried up. They are unique but not in a good way. It is a matter of taste however these kind of fries are not what I consider good. The same result could of been achieved by overcooking frozen chips from the supermarket. Definitely get the sauce, although that’s $2 extra. No free sauce was provided nor offered.

Average overpriced food that cannot complete with the best in Sydney. It’s lack of personality and abysmal dining-in is a setup for failure. Shakes were unavailable. On a side note, they do serve double patties now.

It is not worth traveling for. If you happen to be in Newtown head to Mary’s or even Burger Fuel.