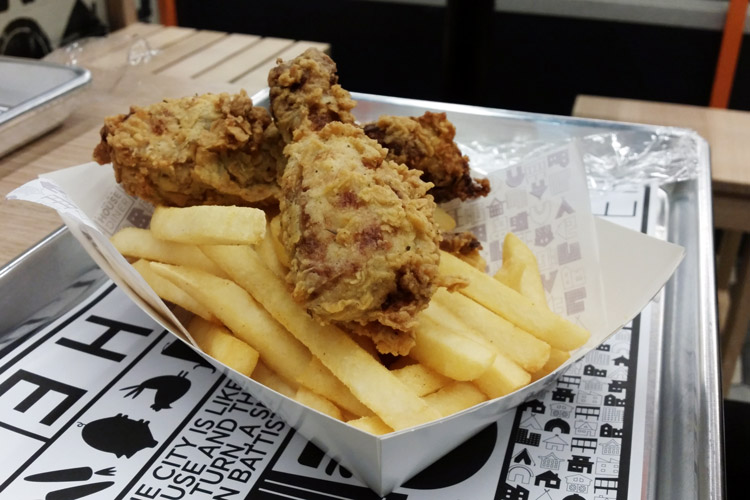 After passing the proving grounds of Dulwich Hill, The Hub House Diner has now opened in near the Broadway Shopping centre to compete nearer to the CBD big boys. This place is a self-proclaimed triple threat (breakfast, lunch and dinner). The menu is an “express” and more affordable version of the Dulwich Hill branch and consists of breakfast rolls, burger, fries, fried chicken and milkshakes. 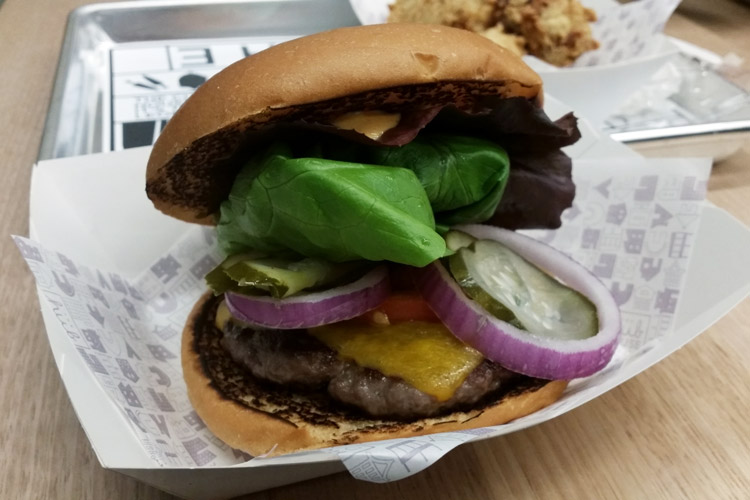 The burger was of a generous size for $10. It was a surprise, the simple looking burger contained meaty, juicy and medium rare pattie. The bun was slightly toasted and was of correct thickness, just enough to hold the contents of the burger. The condiments were in the wrong ratio for me: too much lettuce, I know they want to show off their fresh produce but they should cut the lettuce by half. There was also too little sauce. Other than that, the burger is just above average for the price. I would consider this a good attempt at a Mary’s burger, thicker but without the same judgement in ratios. 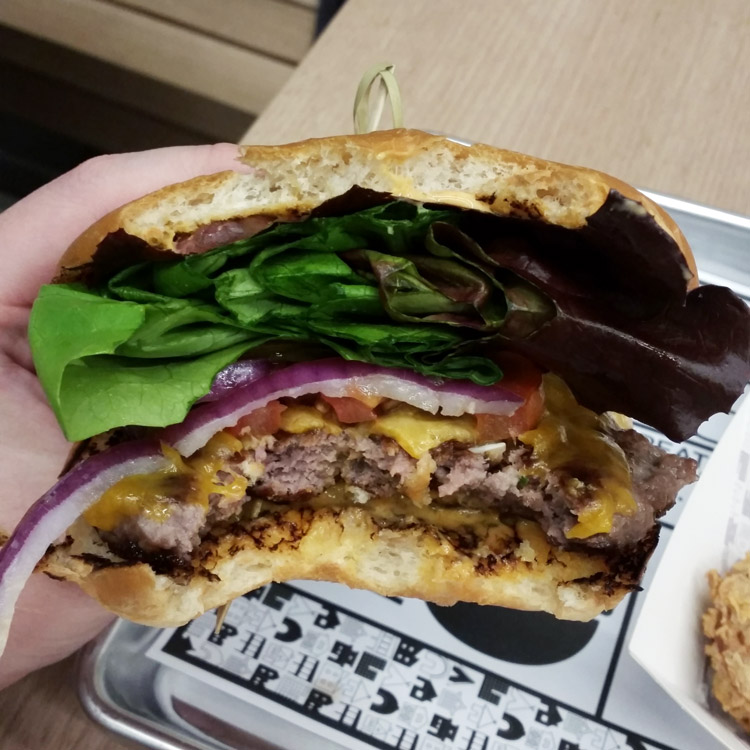 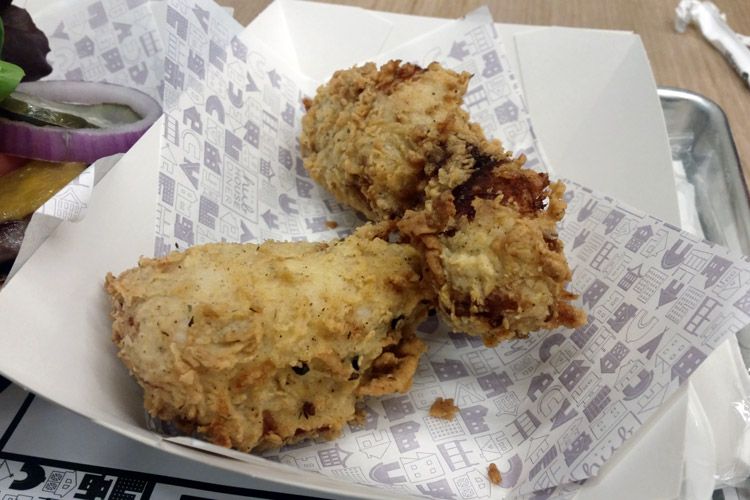 Despite looking anemic, the skin was thin and crispy but no traditional buttermilk batter was used in this southern fried chicken recipe. The batter was well-seasoned with spices, salt and a signature sweet aftertaste that was used for the chips as well. The flesh was succulent but not the best. Would it beat KFC Hot & Spicy on a good day? Nope.

Sauces were $3 each, come on, get feck’d! (Sriracha lime aioli and secret sauce).

Are you a fan of fried chicken? Join this group for community reviews around town.

The chips lacked crispiness and the inner potato was not smooth and needed more cooking time. It sadly again got beaten by KFC chips. The pimped version was seasoned with Manchego Cheese and truffle oil, the base product is flawed so no seasoning could help it.

The Hub House Diner must have been a success to warrant an expansion. Comparing the menus, the Broadway branch offered a compressed version of their Dulwich Hill flagship store. Looking at the competition in the area, better options can be found within a 1 km radius. If you live around Ultimo, it is a good option for American food within walking distance but certainly nothing to shout about.

Not out of my way.