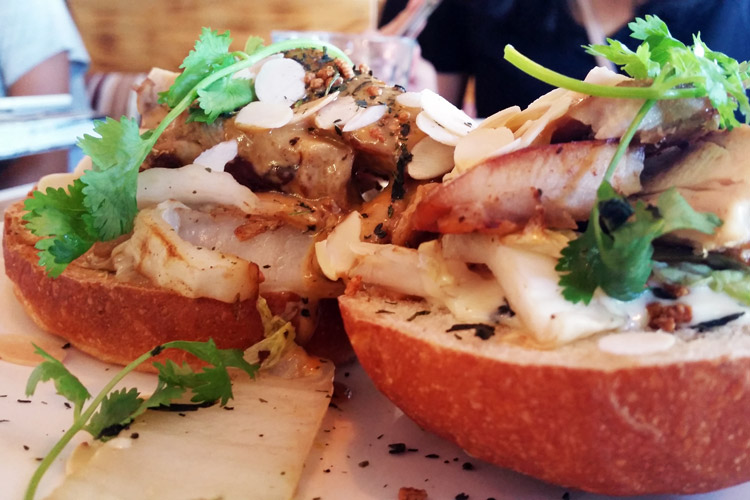 Haven: a cafe on Chalmers

Haven located just across Central Station’s Chalmers Street exit is a relatively new cafe. The menu contains classics but also fusion Asian-Western food. They seem to be a coffee specialist with most of the menu dedicated to drinks. I drink coffee everyday on weekdays so I did not try their customisable coffees on this visit.

Just hated it because of the cabbage. The cabbage texture should of given the burger some much needed crunch, but it was soggy and the bitter taste of the cabbage took over the burger. After removing the bitter cabbage, the genmaicha tea sauce was actually tasty; a creamy sauce that would be more fitted for pasta. That’s where the positives end. The chicken was tough and some spots even dry. 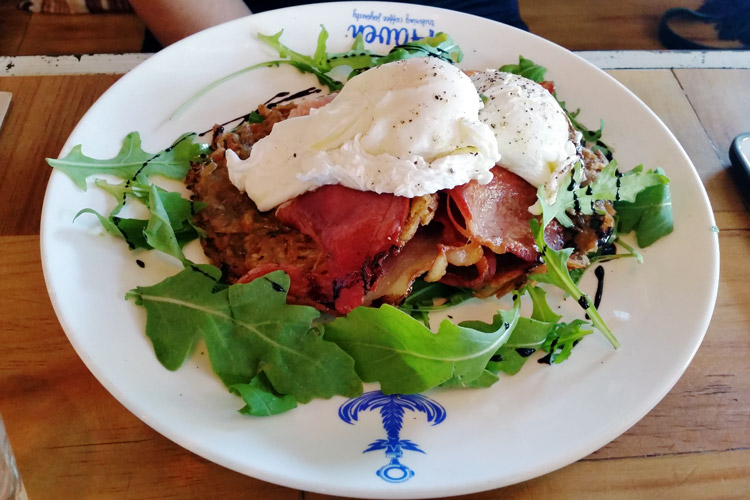 The next dish was a total flop. Bland. Everything was bland. Even when eating all the elements with piece a of bacon, it was still lackluster. The potato latkes (aka potato cakes) were too thin and unseasoned, it was boiled in oil rather than fried as it had no crunchy bits. One of the eggs was overcooked.

Beware of the Surcharge!

Surcharges are not the norm in Surry Hills and I was caught out by the 10% “fine” that was in the fine print. The service was quick and efficient but even much better cafes do not charge a Sunday surcharge…

Their selling point are their customisable coffee that were not reviewed. The hot chocolate was majorly disappointing. The food is an attempt at fusion that ends up being below average for the area.