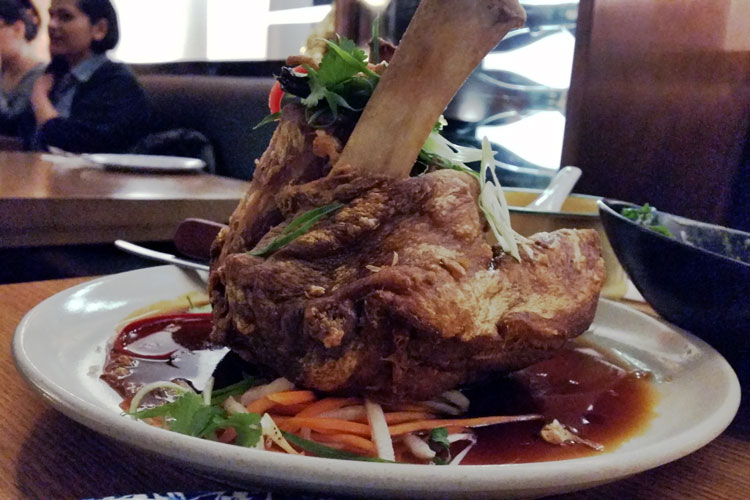 This Thai and Lao restaurant has grown in stature in the past few months, I was most excited about the desserts but was surprised at the selection of mains and cocktails. The atmosphere is quite relaxed but not too noisy. The occasional burst of noise would pop up from the event room on the same level but that wasn’t noticeable.

This is one of the specials: yes a whole pork knuckle. I have only ever tried this type of dish at Lowenbrau Keller and that sucked. The biggest surprised is how tender and moist the meat was. The fat surrounding the meat was rendered to near melting point. The main event for most people is the crackling and it didn’t disappoint, it was just at the right thickness to be enjoyed by itself or with some rice. Unlike Lowenbrau Keller‘s knuckle, the crackling does not have to be hacked and held down by 2 to 3 dinners to be cut in manageable pieces. At Green Peppercorn, most of the meat can be eaten with fork after being split cut with a butter knife. The cherry on the cake was the beautiful chilli caramel sauce which is compliments the richness of the pork very well and of course even more delicious with some white rice. To be honest, I wasn’t not expecting to enjoy such a superb pork dish. This dish can easily be shared among 3-4 people. 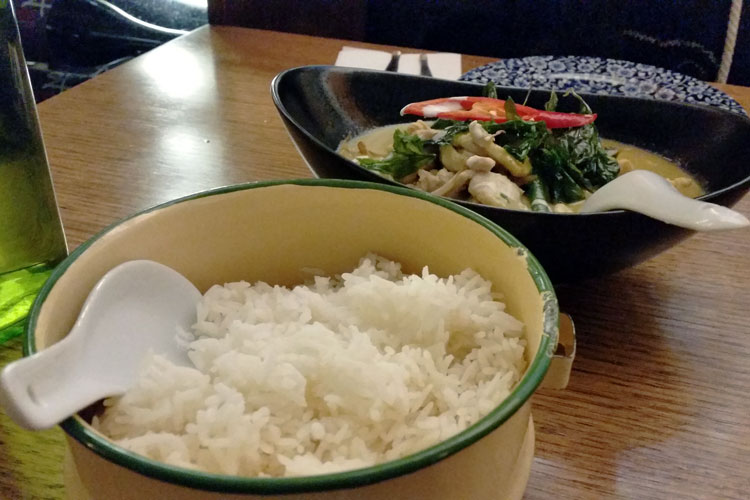 The balance was there for me. This Thai classic was perfectly executed, the textures of the chicken and veggies and of course a delicious green curry sauce are contributed to a very enjoyable curry with rice. 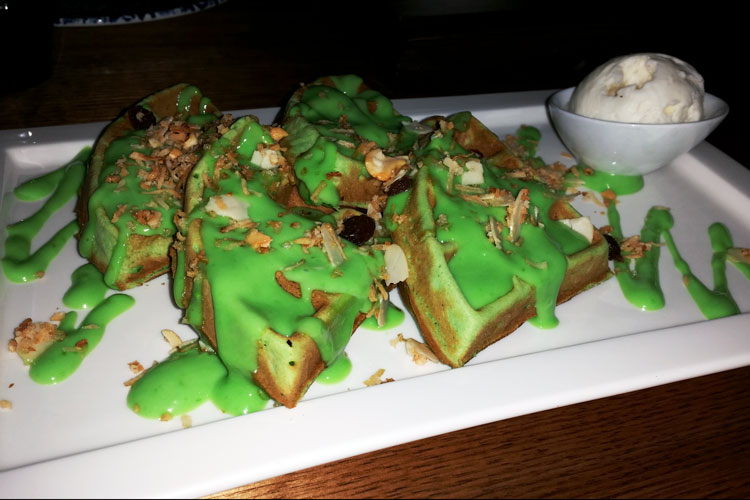 Beware this sauce are radioactive! but in all seriousness, these were pretty good. They seemed to be made to order and that’s always a good sign. The texture was a little more dense than a Pandan cake. The Pandan and coconut flavours were really prominent as expected. Additional Pandan flavour and sweetness came from the sauce. When the waffle, ice-cream, sauce and coconut shards were combined, it was everything you want from a dessert. 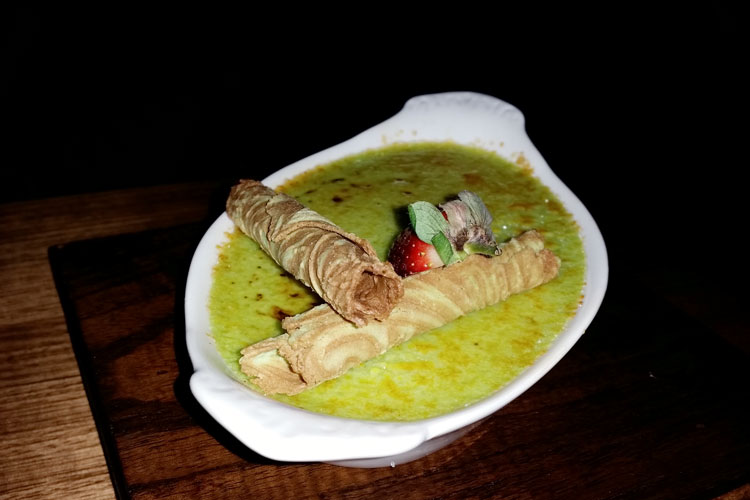 The Pandan flavoured creme brûlée was everything I have hope for. The creme was well executed with the perfect texture and not too jelly-like and not too sweet. The waffle sticks were unnecessary for me. Even though I am not a Pandan fanatic, this was quite delicious. 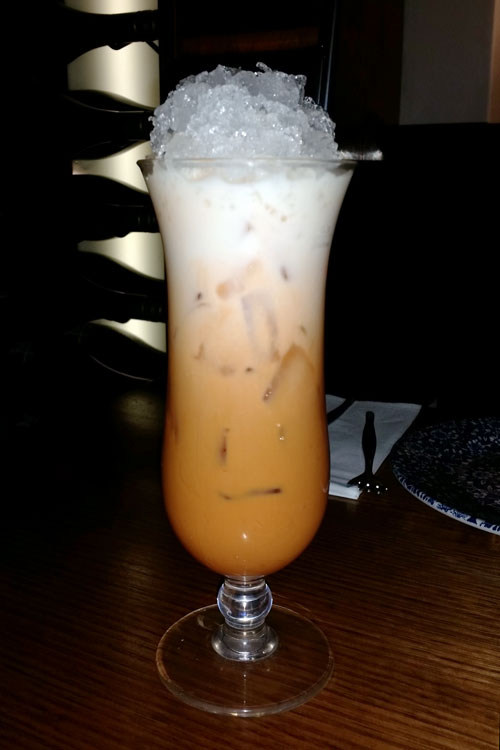 This is one of my favourite Thai milk tea or even milk tea drinks in the city. The flavour is amazing: bold and robust without too much of that bitter after-taste often found in this type of drinks. The is the perfect thirst quencher and chilli extinguisher! highly recommended!

For me, most Thai places ruin dishes by adding too much sweetness however at Green Peppercorn, the balance between sweetness, spiciness and heat was on point. The specials kept things really interesting but the menu also including Thai staples like curries, spicy meat salads and noodles. I am keen to try the Laos side of the menu next time. The dessert menu is extensive! so this is the right place if you have a sweet tooth and want to indulge in some serious Asian-inspired desserts.