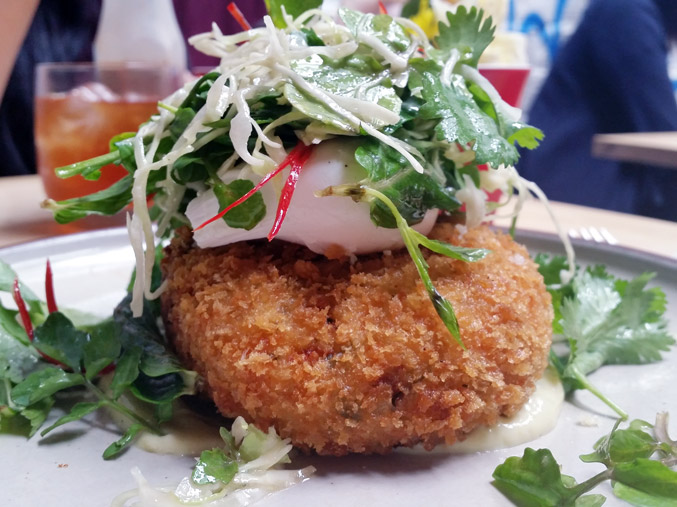 This is my 5th revisit at the original Devon Cafe (other reviews are here). There is a still a line on weekends for early breakfast and lunch, however in between is normally fine. The menu has been updated once again for summer, let’s jump in. 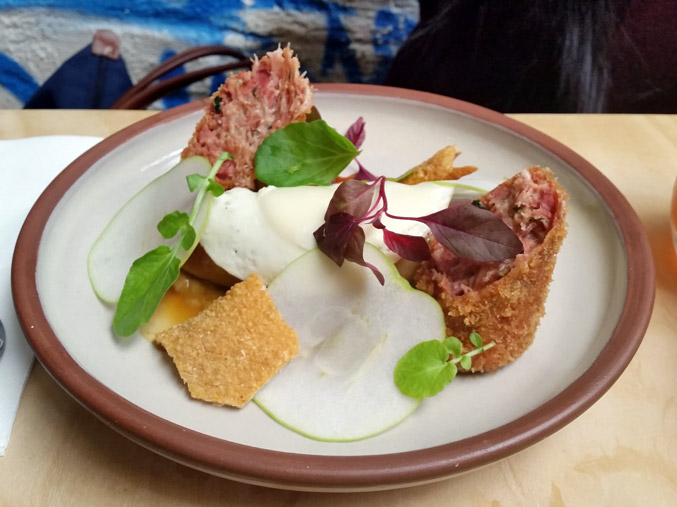 One of the best sausages I have had! I am not sure if they make it on premise but wow the smokiness, distinct maple sweetness and pork ratio were all in harmony. The croquette seemed to be similar to bean curd Chinese spring rolls but it was one of the best croquettes at Devon. Each element was executed faultlessly but it was even more fantastic as a combination. This was one of my favourite Devon dishes.

The drinks were disappointing. I would not recommend any drinks except coffee based ones. The spice ice tea was sparkling but lacked any sweetness or flavour. The banana and chocolate milkshake was too small and I could do better at home.

Creativity is still alive at Devon Cafe. The new menu has a number of items worth trying for all taste-buds. The Porky Pig dish was the standout on this occasion however the drinks did disappoint. Service was friendly and attentive and the actual wait for the food was less than 10 minutes. There is a line for a reason.

Will I go again?