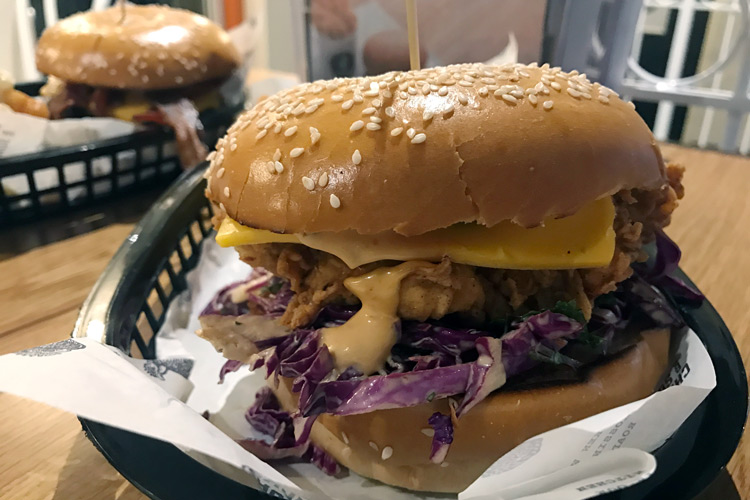 Chicken and Sons’ vision is to be the make the iconic Aussie Chicken shop relevant again. Some say they do the best chicken burger in town. They have branches in Chatswood and Surry Hills.

I interpret signature as “This is my best burger”. I was disappointed with this roll. Reminds me of the Zinger I had at the KFC Concept Store (at Parramatta – now shut down). Breast meat was used for as the chicken patty  and it was deep fried similarly to KFC original recipe. It was quite dry – I am not a fan of breast meat in burgers but this texture reminded my too much of KFC. The batter was not crispy enough. The slaw – again not a big fan of slaw in buns made it feel more like eating a salad than a fried chicken burger. If I wanted that I would have gone to Grill’d. There was too much sauce even too much to counter the dry meat – if I wanted to be really picky – the sauce was placed cold although it did bring in some heat.

Overall, not close to the best chicken in Sydney – not in concept nor execution. 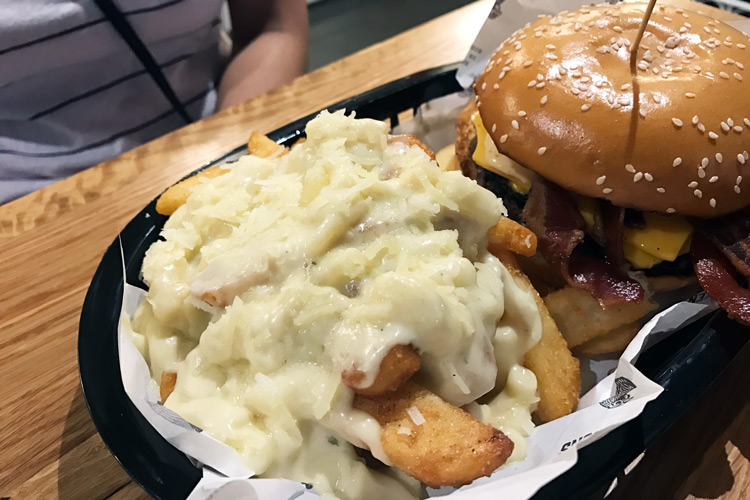 The Mac n Cheese was moreish and great add-on to the house beer battered chunky chips. No complains here – sadly this was the best food that night.

THE ROYALE WITH CHEESE 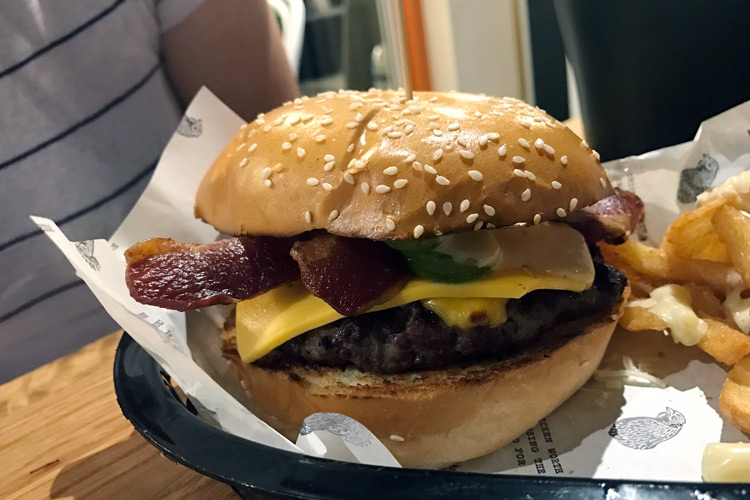 Shortest way to describe this burger is that it tasted like a gourmet Hungry Jack’s Whopper. The beef pattie was cooked-through but still tender – since it was flame grilled, it had nice smoky flavour. The bacon was crispy and added the sweetness nicely balanced with the pickles. The difference between the Royale and the Signature (chicken burger) is night and day.

Chicken and Sons did not live up to its 4 to 5 star reviews on Facebook and Zomato. Not everything was available on the menu on that day. The dishes other than the chicken burger were actually above average and are worth trying. The Signature burger on the other hand made the experience lackluster.

(in the Hordern arcade, enter from the corner of Pitt and Liverpool streets. we are right in front of the Bull)