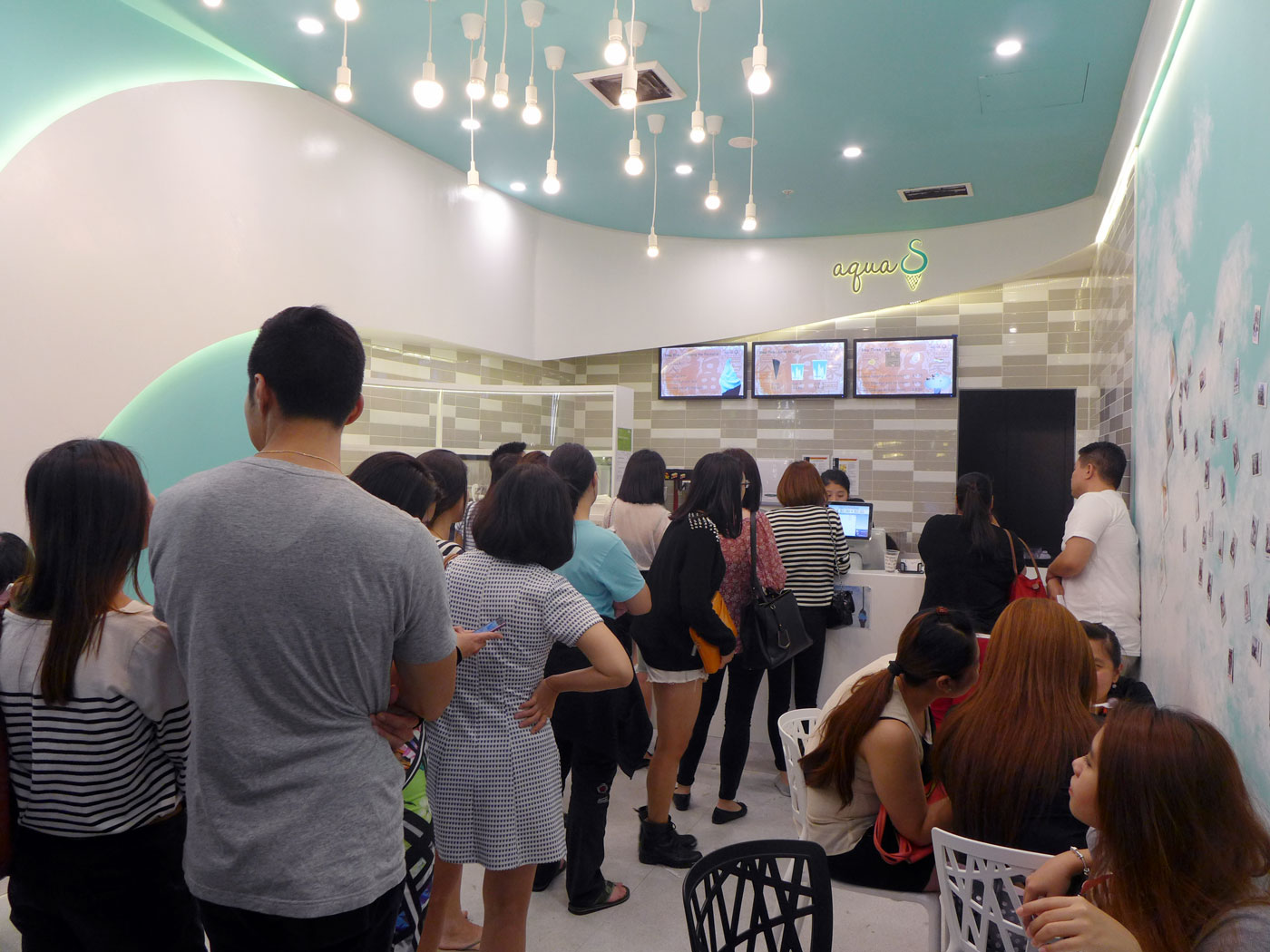 It’s pretty, easy to remember and pleasing to look at. Aqua S is not doubt schooling the industry on how social marketing should be done and how effective it is. What about the taste and value? 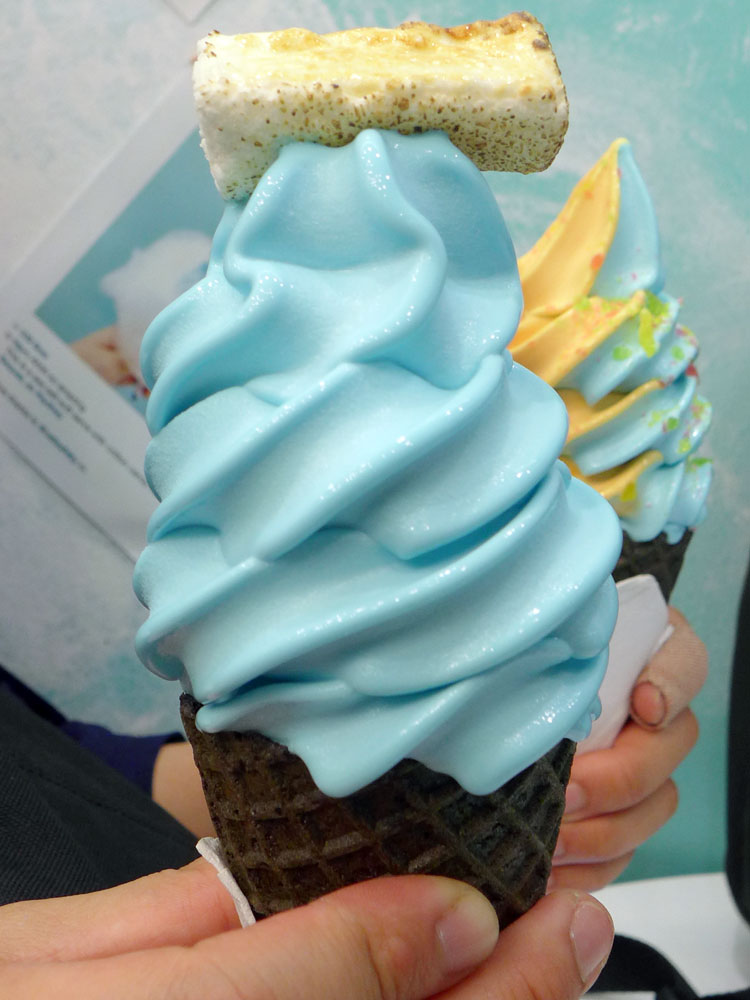 The sea salt was weird at first. I think it takes a while for the brain to associate saltiness with ice-cream which we are conditioned to expect much more sweetness. If you do not get it at the start, do persist until half-way. I found that it did grow on me to an certain extent at least more than the salt. Nothing mind-boggling but pleasant. The blue is artificial colouring I believe. The mandarin was sour and tasted very artificial. The taste reminded me of a dried mandarin peel snack. It was not enjoyable and I preferred the sea salt on its own. Popping candy is a nice add-on for nostalgia.

Aqua S found a gap in the market for soft serves. With no other direct competition except Maccas and Hungry Jacks, they will rule that space for now. When comparing Aqua S to other forms of desserts, it doesn’t rate highly for me. The texture was what made Aqua S enjoyable rather than the flavours. It was the right creaminess for licking, that is why I would always get a cone instead of a cup. The value of the toppings is questionable however, they do prepare the toppings somewhat to order. That being said, I do not think this was worth $5.30. The ingredients that make up the soft-serve did not seem of good quality for the price and were chosen for the aesthetics rather than flavour (too much so). The flavours rotate every two weeks and are predominately Asian influenced like a fruit and tofu, taro, etc… 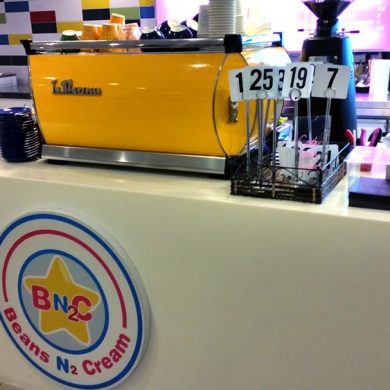